4: All The Affairs Have Been Made Clear By the Sunnah and Jamaa'ah

'Umar ibn al-Khattaab, rahimahullaah, said, "There is no excuse for anyone going astray thinking that he is upon guidance. Nor for abandoning guidance thinking it to be misguidance, since the affairs have been made clear, the proof established[1] and the excuse cut off."[2] That is because the Sunnah and the Jamaa'ah have consolidated and safeguarded all of the Religion. It has been made clear to the people, so it is upon the people to comply and follow.[3]
(Albarbahari)
NOTES
1. Al-'Irbaad ibn Saariyah, radiallaahu'anhu, reports that the Prophet said, ".... I have left you upon clear guidance. Its night is like its day. No one deviates from it after me except that he is destroyed." Reported by Ahmad, Ibn Maajah (no. 43) and al-Haakim. It is declared saheeh by Shaikh al-Albaanee in as-Saheehah (no. 937).
2. Reported by Ibn Battah in, al-lbaantul-Kubraa (no. 162) by way of Awzaa'ee that it reached him that 'Umar ibn al-Khattaab said it. However, its chain is munqati' (disconnected).
Al-Marwazee reports in as-Sunnah (no. 95) that 'Umar ibn 'Abd Allah-'Azeez said, "There is no excuse for anyone, after the Sunnah, to be misguided upon error which he thought was guidance."
3.'Abdullaah ibn Mas'ood radiallaahu 'anhu, said, "Follow and do not innovate, for you have been given that which is sufficient and every innovation is misguidance." Reported by Abu Khaithamah in Kitaab Ul-'Ilm (no. 540) and declared saheeh by Shaikh al-Albaanee.
source
مرسلة بواسطة atheri في 5:58 ص

3: The Companions Are The Foundation of the Jamaa'ah

Imaam al-Barbahaari (rahimahullaah) said:
The foundation upon which the Jamaa'ah is built is the Companions of Muhammad May Allaah's Mercy be upon them all. They are Ahl us-Sunnah wal-Jamaa'ah,[1] so whoever does not take from them has gone astray and innovated[2] and every innovation is misguidance, and misguidance and its People are in the Fire.[3]

2. It is authentically reported that Allaah's Messenger said,"Stick to my Sunnah and the Sunnah of the rightly guided Caliphs after me, cling to that with your molar teeth and beware of new matters, for every innovation is misguidance." Reported by Ahmad, Abu Daawood (Eng. trans. 3/1294/no.4590), at-Tirmidhee (no. 2676), Ibn Maajah (no. 42), ad-Daarimee (no. 96) and Ibn Abee 'Aasim in as-Sunnah (no. 54). Shaikh al-Albaanee declares, "Its isnaad is saheeh, its narrators reliable."

3. Jaabir, radiallaahu'anhu, reports that the Prophet would say in his khutbah, "... The most truthful speech is the Book of Allaah. The best way is the way of Muhammad. The worst of affairs are the novelties and every novelty is an innovation and every innovation is misguidance and every misguidance is in the Fire." Reported by an-Nasaa'ee (3/188). It is declared saheeh by Shaikh al-Albaanee in Saheeh Sunan in-Nasaa'ee (no. 1487).

Abu Shaamah (d.665H) said,"The order to stick to the Jamaa'ah means sticking to the truth and its followers; even if those who stick to the truth are few and those who oppose it are many; since the truth is that which the first Jamaa'ah from the time of the Prophet and his Companions, radiallaahu 'anhum, were upon. No attention is given to the great number of the people of futility coming after them." (Al-Baa'ith 'alal-Bida'h wal-Huwaadith, p.l9).
source
مرسلة بواسطة atheri في 8:35 ص 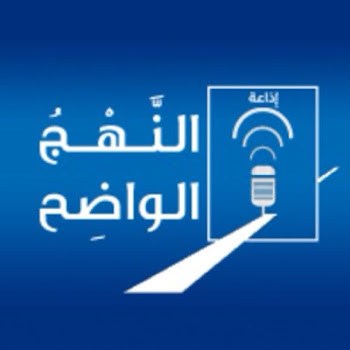